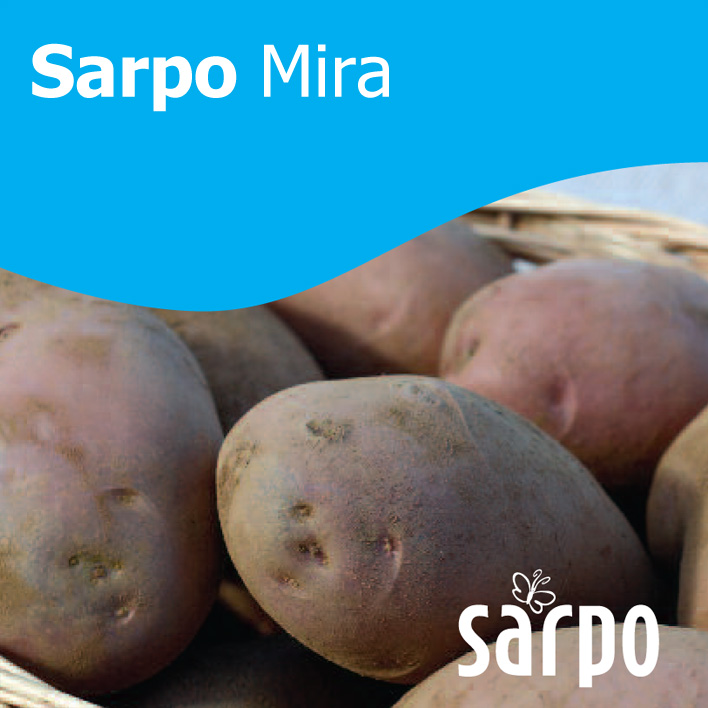 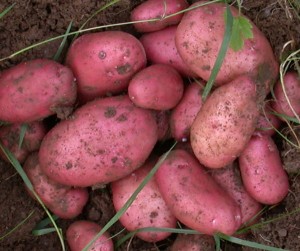 The original Sarpo and still the most widely known.  With 40 years plus heritage Sarpo Mira has the highest resistance to potato late blight (some say the highest overall of any variety).  Launched in 2002 this unique variety has characteristics that make it the potato of choice for organic growers and those interested in low input spuds

Mira is a  large, pink skinned main crop potato that has its origins in pre 1992 Hungary where the collective farm system had a need for high yielding, high dry matter potato that needed little or no chemical sprays and could be stored without the need for refrigeration or anti sprouting treatments.

Sarpo Mira develops to produce a deep rooted (and thus drought tolerant) plant that grows very tall, smothering weed competition as it does so.  The secret to growing Sarpo Mira is to decide when to harvest.  Mira does not have any natural senescence and as such if left it will continue to grow until or if frost stops it.  As such it can develop very large tubers which have a very high dry matter making them a very floury potato.  This variety is particularly prized in the North of the UK and Irish Republic where this style is favoured.

The original Sarpo,  developed for maximum blight resistance at its core, bred to perform without the modern chemical crutches that many varieties depend upon

Nice cold could be put to many uses without too much needed to help it out, retained it’s flavour and maintained a good texture.

NB. For contractual reasons we are unable to supply Sarpo Mira into the Republic of Ireland or EU countries other than the UK