Organic growers, researchers and breeders attended the field lab/workshop organised by the Organic Research Centre at Duchy Home Farm, Tetbury, Gloucestershire.   Phil Sumption, ORC, gave a resume of the previous workshop held on the Black Isle in 2015 where growers reported on their experiences with a trial of blight resistant varieties.  Samples of several varieties were boiled, chipped, baked and mashed and these were presented to those attending in a blind taste test.  As usual in such tests for each variety, some tasters awarded a ‘least likeable’ score while others awarded a ‘most likeable’ score to the same sample.  This illustrates that taste in potatoes is a personal thing. I am pleased to report that our varieties (Axona, Mira and Shona) had good scores as did Agrico’s Carolus and Athlete.  Fred Bonestro told us that he could not sell the high dry matter Blue Danube to his customers but a customer in Ireland could not get enough of it.  It is well known that the western/northern fringes of UK like a dry potato whereas those in England like a moist, waxy one.

David Shaw (SRT)  gave an update of late blight in the 2017 season and changes in the pathogen population over the years. The 2017 season was dryish in early summer resulting in late spread of blight over the country.  The same two strains of blight (Blue 13 and Pink 6) are still predominant. The hot news is that a new genotype has invaded UK from the near continent. Known as Dark Green 37 it has spread from a toe-hold in 2016 to many sites in West Midlands in 2017.  It is of some concern to those using fungicides as it is resistant to Shirlan, a frequently used product containing fluazinam. The good news is that its virulence spectrum (ability to knock out resistance genes) is not as wide as that of Blue 13.

David also summarised breeding work being done by many companies to select new and  hopefully more durable blight resistance by stacking several resistance genes in one genotype using molecular markers. SRT is sponsoring such a breeding project at Bangor University.  Katherine Steele, breeder at Bangor is supervising Simon White, late of SRT on a studentship (KESS) provided by Welsh Government and the Welsh European Funding Office.

Innovative farmers’ project for 2018  Of a number of projects aimed at improving blight control discussed by those attending, one based on the use of mesh crop covers was chosen for trialling on growers farms in 2018.  Work in New Zealand over several seasons has shown that crops covered to control access by the tomato potato psyllid pest gave a bonus of much less development of late blight disease and a higher yield.  Several growers have signed up to participate in the trials next year.  More participants are welcome. 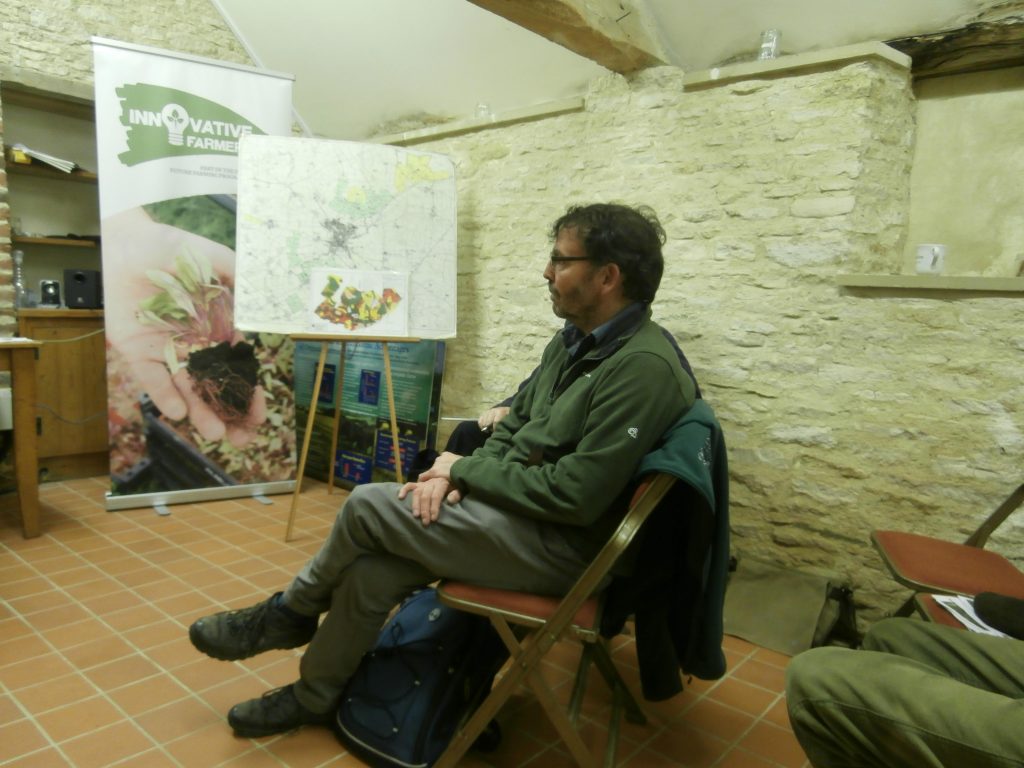